Diving with Sharks in Thailand

Great! According to a recent survey by Shark Guardian and eOcean, sharks can be seen at nearly 60% of all dive sites in Thailand. The most common sharks are blacktip reef sharks, leopard sharks, white tip reef sharks and bamboo sharks. But also nurse sharks and whale sharks were regularly spotted.

The data comes from a project called eOceans, a Citizen Science project where divers can register sightings in an online database. More than 9,500 dives have already been submitted. All divers can participate, and even if you do not see any sharks on your dive, your observation is still valuable.

Read more about it on the websites of Shark Guardian and eOceans.

Blacktip reef sharks
Blacktip reef sharks are the most common sharks in Thailand. Black tips are quite harmless and very shy sharks. They can be found in water as shallow as 1 meter, so even beginners and even snorkelers can often see them. When there are many divers or when snorkellers splash on the surface, they disappear in deeper waters.

Leopard sharks
Leopard sharks often rest on sandy soil. They are easily recognizable by their distinctive dot pattern and relatively long tail. They are soil eaters and feed on invertebrates such as crabs and shrimp, and small fish. Leopard sharks are completely harmless to humans. You do not even have real teeth! Instead, they have bone-like structures to chop up their food. Leopard sharks can be found mainly on the west side of Thailand, Koh Phi Phi and the Similan Islands.

Whale Sharks
The largest fish in the ocean can be found mainly on the east coast of Thailand at dive sites such as Chumpon Pinnacle and Sail Rock. But also on the Andaman coast; The Similan Islands and Hin Daeng are regularly seen. These dive sites are also great places to see mantarogs. Even the dive sites in Phang Nga Bay – Phi Phi Islands Koh Haa, you can – with a little luck – see whale sharks. 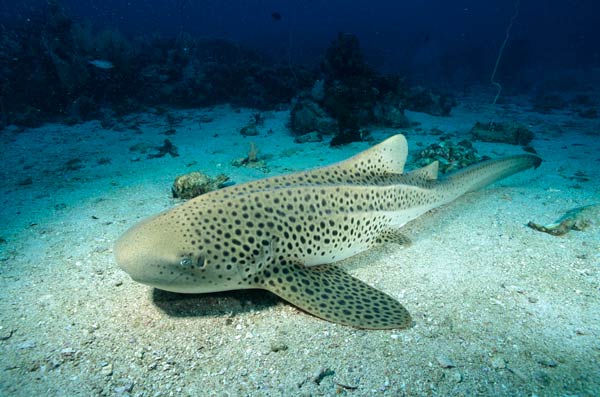 It has to be said that it is not clear if Thailand’s shark production comes from local or international waters. The study also includes only legal trade in shark fins and lacks all the data from Latin American countries such as Costa Rica. The full report can be found here. 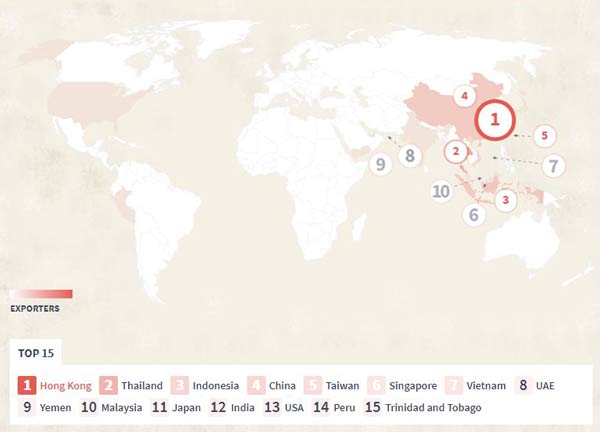 Overview Blog Section: Blogs for You